5 Ways to Streamline Decisions in a Time of Crisis

The word “crisis” originates from the Greek krisis, which translates, literally, as “decision.”

Even in the best of times, decision by committee rarely works. Teams endlessly debate and swirl when trying to find an outcome agreeable to everyone. During a crisis – it can not only make a tough situation even tougher, but it can hit your company’s bottom line.

Take the example of the president of a health insurer who described the challenge to us this way. He and his leadership team are finding that the timeframe they have to make critical decisions has shortened significantly. In addition to moving thousands of employees to remote work environments – leading to risks of server overload – there have been real-time, completely new decisions to be made on telehealth coverage, COVID19 claims processes, getting front-line doctors paid more quickly, assessing complicated patient cases and responding to difficult questions from clients and partners. In this environment, his leaders are working long hours and trying to do the right thing, but there has been overlap and confusion as multiple people have tried to tackle the same decisions. They are struggling to streamline the decision-making process so that they can get the right things done faster.

They, like many organizations, have defined familiar ways of making decisions and getting things done. But right now, executives trying to lead their companies through COVID19 are telling us that the biggest barrier they are running into is actually sticking to those carefully thought-out processes. There’s no clear roadmap for a global pandemic crisis. Emotions and stress levels are high, the flow of information has leaders drinking out of a fire hose, and everyone has an “expert” opinion on what the company should do.

Unless leaders decisively move things forward, you put a lot at risk:

Company performance is largely driven by how effective leaders are at making decisions, and how nimbly they can act on them. Research done by Bain & Company found that the greatest determinant of a company’s performance is the ability of that leadership team to efficiently make critical decisions when you take into consideration the following attributes of a decision: quality (did the decision end up being the right one), speed (faster or slower than competitors), outcome (what action was taken) and effort (what resources went into making the decision).

So how can you continue to drive company performance while helping your organization adapt to the current crisis—all without losing sight of some of the fundamentals that made you successful in the first place? Here’s our list of five key steps to staying on track.

In a crisis, the evolving landscape may require a change in who makes the decisions and how the decisions get made. Depending on circumstances, one of four decision-making styles may be a better fit.

It’s important to leverage data and information that is easily accessible. But during times of crisis, there can be too much intel, and not enough time to analyze it. That can leave you with analysis paralysis, and can get in the way of being quick, and being decisive. On the other hand, you don’t want to act without any basis of judgment at all—you want to take advantage of past experience and leverage your own intuition. Seasoned crisis leaders leverage what we define in the Bates ExPITM as Practical Wisdom – the ability to distill the most relevant information needed and anticipate the likely consequence of a decision – something that comes with having lived through catastrophe before. For instance, a leader may draw on lessons from the Great Recession around how they maintained key customer relationships as they assess options for how to reorient their priorities now.

Even if you’re serving as the ultimate decision maker, it’s important you remember that you don’t know it all. Creating an environment where ideas and opinions can be raised and appreciated creates a sense of trust and belonging. COVID19 is not a crisis event. It is a crisis cycle which will likely ebb and flow in waves as the situation unfolds over time, and you need to manage engagement and productivity over the long-term. Make sure you set up a way to gather feedback and be open to reevaluating your plans and decisions as time allows.

It’s human nature for unconscious bias to sneak into our decisions. We may rely too heavily on information that validates the direction we already want to go, something known as “confirmation bias.” Or we may look for affirmation from a peer group that unconsciously practices group think and is less inclined to be open to alternative views. One good way to tackle this is to have a designated “devil’s advocate” on the crisis management team; someone whose job is to ask questions, probe for dissenting views, and generally validate that the leader has considered other perspectives.

Often, the biggest team breakdowns during a crisis are the result of misunderstandings or mismanaged expectations. If an executive team thinks they have a different role in the decision-making process or expects problems to be solved within a set timeframe – they may be frustrated, disappointed, or even hostile towards the leader when things don’t go as planned. A leader with good interpersonal skills and a clear, defined communication strategy will help keep the team aligned and focused on a common goal – serving employees, stakeholders, and the business.

A crisis can derail even the most stable and grounded leader. We hear every day from executives who feel they are spinning their wheels, overwhelmed with the pressure of looming decisions and personally emotional about the impact COVID19 is having on their companies, their families, our global community. It’s a heavy burden to carry. But this is a time to double-down on your confidence, to lead decisively, to connect with your stakeholders, to demonstrate empathy, and to focus the firm on the future – one decision at a time. 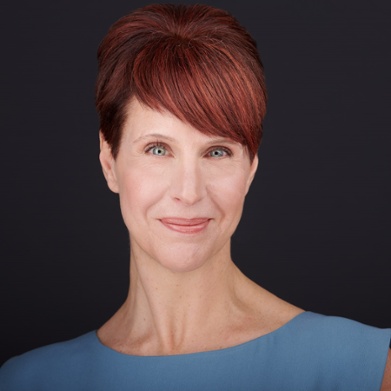 Laura Fay is an Executive Advisor and Consultant at Bates, a BTS Company. Her passion is empowering leaders to inspire their teams, better execute on strategy, and transform their business. Laura has over 20 years of experience in corporate leadership with deep expertise in executive communication, serving as counsel, coach and advisor to senior leaders during times of crisis and change management, and helping executives find compelling ways to share their stories and connect with stakeholders. Over her career, she has served as chief advisor to the CEO and management teams on internal and external communication strategies and oversaw public relations activities and served as chief media spokesperson. Her experience includes significant tenure at Wells Fargo, Wachovia, and Scudder Investments where she held leadership positions in corporate communications, content marketing, and thought leadership.

Why I am Toasting Executive Coaches this Season