Diamonds in the Rough: Breaking Down Executive Presence

However, the word “diamond” comes from an ancient Greek word meaning “unbreakable.”  Perhaps that explains why people have struggled mightily to “break down” the idea of executive presence.  People say, “I know it when I see it.”  However, people often struggle to nail down exactly what “it” is.  And for good reason!  The more that we research executive presence, the more we find that it’s a term that’s loaded with meaning.  Executive presence is not only multidimensional; it’s multifaceted within each of three dimensions: Character, Substance, and Style. 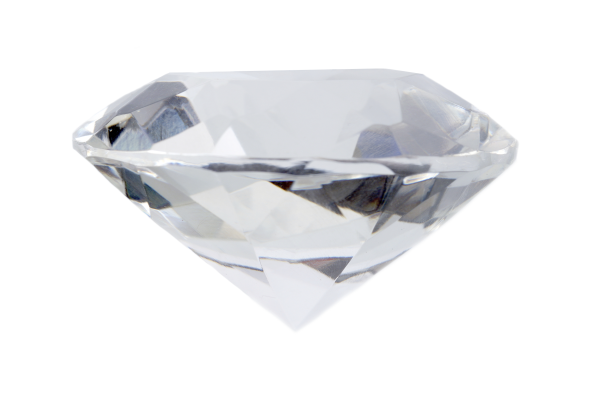 But the real kicker is that it’s even more nuanced than that.  If we talk about your character as a leader, for example, we have to start by breaking that down into numerous facets: authenticity, integrity, and concern, for example.

However, you can’t stop there.  There are facets within each of those facets!  If we’re attempting to assess your authenticity as a leader, for example, we have to remember that we’re not talking about something that is simple and singular.  Authenticity is an abstract concept.  If I were to describe a leader that you’re thinking of promoting as “authentic,” then you may interpret that in a few different ways.  You might think that I’m saying that the leader:

Is it possible that you might be seen as a highly authentic leader in some of those ways but not others?  Absolutely!  In fact, we’ve found that it’s even pretty common.  We have worked with any number of leaders who are perceived to be very authentic when it comes to their sincerity, forthrightness, and genuineness… but who are not perceived to be likely to share any personal experiences or life lessons.

Is that true for you as a leader?  And if it is, is it a problem?  That may depend on your business imperatives, but, potentially, yes.  Direct reports and peers are often yearning to know who you really are as a leader—what you stand for as a person as well as someone in a position of authority.  We have seen many leaders dramatically increase their ability to influence by sharing more of themselves publicly.  It can be a great way to move hearts and minds.

Other facets of executive presence are equally nuanced.  Some leaders are rated highly in showing concern for their people in some ways but not others.  Perhaps they genuinely care about their direct reports as people… but they are seen as lacking when it comes to helping those people attain their full potential… or they aren’t as strong in encouraging people to experiment with new approaches.

So as you think about the many dimensions and facets of your executive presence as a leader, it may be helpful to think of each of them as being like a diamond.  As you know, the value of a diamond is based on the four Cs: cut, clarity, color, and carat weight.  Each one of those Cs has the potential to add to or detract from the value of an individual diamond.  Which of the four Cs is most important?  That’s in the eye of the beholder.

The same is true for you as a leader.  We’ve learned that we can break down that seemingly unbreakable diamond of executive presence.  All of the leaders we work with are really nailing some aspects of executive presence, and those aspects are enhancing their value.  Yet almost any leader has other aspects that could be developed further with time, energy, and assistance.  And if you do address those developmental areas, your ability to influence others and drive business results will reach its maximum potential… and your value will skyrocket—just as it does for any gems that is rated highly across its dimensions.

It’s all a matter of polishing the rough parts of your diamond, working on how to maximize its value.  How you do so will be determined by your business context: After all, the extent to which a diamond will sparkle also depends on its setting.