March Madness is a religious holiday in my household. College basketball is on. This year will be especially crazy, since my husband’s alma mater is Syracuse, which was on a 25-0 run until they lost a couple of games.

Some years ago, my husband wrote a blog inspired by our, let’s say, lack of communication about the importance of this time of year. I share it because I think you will laugh, and because it was one lesson I’ll never forget. You see, you think you know a person, and believe you know what they will say yes to, or no to, but you still need to ASK them. The simple act of asking would save many a marriage, and many a business deal. Fortunately my marriage is still strong, because my husband is tolerant, and because I do have the ability to learn.

I’m a pretty easy guy to live with. Really. I am.

If you asked, I’m sure The Lovely Spouse would agree with that. (Assuming you shot her up with sodium pentothal and wired her to a polygraph.)

I mean, I can cook and often do. I can wash clothes and almost enjoy it. I’m even sort of handy and can fix many things that otherwise might require a professional who would charge real money that The Lovely Spouse can spend on other things, like manicures and such. All of which I think should earn me some slack. In what regard, you ask? Scheduling. Of the social variety.

See, in our house, The Lovely Spouse controls the social calendar. I imagine it's this way in many American households. Left up to men, most couples would never attend a party or dine out with friends. Most men have a gene that, once they've taken the marriage vow, causes them to want to live like Benedictine monks, venturing out only to buy beer and play golf. So, on this issue, women rule. It’s something men don’t even argue about.

However, in exchange for being such a pleasant guy to live with, every year around this time I prevail upon The Lovely Spouse not to schedule any social engagements for the three weekends of the NCAA men’s basketball tournament. That doesn’t seem like a lot to me. Three weekends? OK, throw in the two weekends of the NFL playoffs in January and that makes five, tops. Leaving 47 weekends for her to make social appointments. Summing up, that’s 47 where I’m wide open. 5 when I’m not. 47 yes. 5 no. 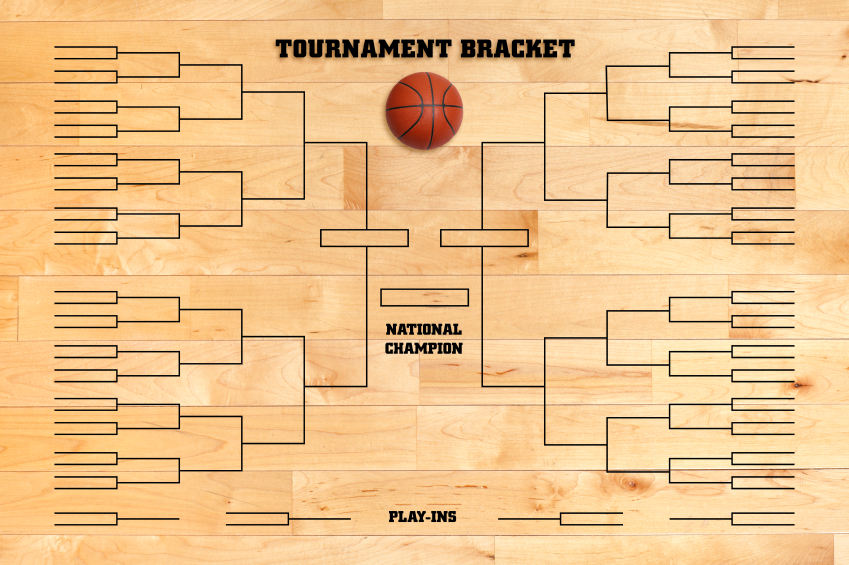 How has this worked out for me, you may wonder? Well, let’s just say there’s something about The Lovely Spouse and the month of March. This year, out of the three weekends of the NCAAs, she's scheduled dinner outside the house for two of them. The night of the regional semi-finals we'll be dining at a famous Boston seafood restaurant with a couple who does not follow college basketball and, I’ve been told, “doesn’t understand what all the fuss is about”. On a good day, I hate seafood. On this night, I will be like one of those idiots on Survivor who has to eat live grubs.

This is nothing compared to some of The Lovely Spouse’s scheduling adventures in the past. One year, for instance, she planned a weekend trip to New York City for the entire first round of the tournament - Thursday morning to Sunday night. As a result, I didn't see a single possession of a single game that didn't start before 10:00 p.m. And I slept through most of those.

Another year, on the Saturday night of the two Final Four games, The Lovely Spouse accepted a dinner invitation at the home of a couple who do not own a television set. Let me repeat that: THEY DO NOT OWN A TELEVISION SET. And, yes, a man does live there. Apart from basic cell structure and the oxygen-carbon dioxide exchange, I don’t have anything in common with a couple who DOES NOT OWN A TELEVISION SET.

I recall that when we drove home that night (some 40 miles over the speed limit), The Lovely Spouse did not understand my frustration. She wondered why I couldn't simply enjoy watching a recording of that game the next day. “What’s the problem with that?” she asked.

The problem, I think, is that there's no female equivalent here. Rarely, if ever, does a husband hear his wife say something along these lines: “Honey, let’s stay home Saturday night. I hear there’s a Barbara Walters special on and I want to watch it live.” Doesn’t happen in modern married life.

What’s even more frustrating to me is that oftentimes in that 47 weekend window, there are many Saturday nights when we have no plans at all and end up on the sectional in our PJs watching some dreadful show on HGTV. Try keeping your eyes open past nine o’clock on one of those nights.

OK, so maybe I’m being a little harsh here. I mean, is this grounds for divorce? Of course not. Not by itself anyway. But if you get a judge who went to Syracuse and you frame your argument properly, I think you’re halfway to a favorable ruling.

All I know is this: next year I plan to put my foot down. No more acceding to these social engagements on the high holidays. I just want to watch some games!