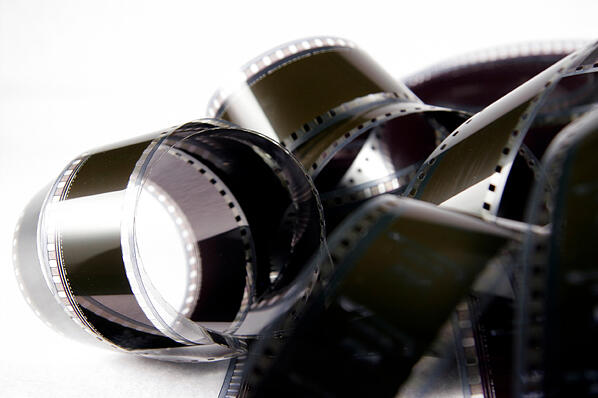 I once had a darkroom mishap.  It was a disastrous day in my young TV career.  This took place back in the "Anchorman" days (remember that movie?) just before videotape became the standard format for television.  News interviews were still shot on film.  That meant whatever you reported in the field that day had to be in the processor by about 4 PM. It took that long for the film to be developed so you could get the clips chosen, edited, and spliced onto the newsreel to air on the 6 PM News.

I was never really comfortable in the darkroom.  Couldn't get the hang of it.  It wasn't like you picture it, with romantic, glowing light by which the photographer lifts up a still photo, clips it onto a wire with a clothes pin, and admires his latest handiwork.  This room was pitch black. Somehow, you were supposed to wrestle the film out of the camera and crank it by hand onto a reel that would be loaded into the film processor, where the chemical mix would then perform its magic. Once done with that unpleasant task, you  could grab a cup of coffee, high tail it into the newsroom and get your stories written. The film was "in the soup."

Unfortunately that day, I was the one in the soup.

I fumbled as I was opening the camera, and soon I had a tangled nest of unprocessed film spilling around the table and all over the floor.  It felt like one of those long, twisted rolls of party streamers at the end of the celebration when you are wadding it up and putting it in the trash. That mess represented about half of the 6 PM newscast. Help was way, way, WAY upstairs on the second floor. Opening the door would mean ruining any exposed film.

I wish I could tell you that I was able to calm down and patiently untangle the disorder I had created.  I was young, it was my first job, and I wanted so badly to do everything well.  I was so frustrated I couldn't think straight.  And there was no one around.

Panic set in.  Finally, one of my colleagues, Jerry, just happened to wander into the processing room. I cracked open the door, he came in, and we rescued what we could.  As I recall, my news director, Mary McCarthy, was pretty sanguine about it all; a credit to her.  I guess the anchorman ("Chuck" - now there's a TV name from the past) got more time "on camera" that night, which probably didn't bother him much.

I was reminded of this incident while looking around our office the other day at all the young people working here this summer.  It took me right back to those times filled with the emotions you feel while fumbling through the first days, weeks, months on the job.  At that point you are just trying to figure out how not to mess up.  As experienced leaders, with so much of that uncertainty behind us, it is easy to forget how that feels.

These young people walking around our offices are the future of our companies. It's good for them to be tested, for sure.  They have to learn to figure things out.  But sometimes it would be nice if they had someone standing just a little closer to the door.

Don't get me wrong.  I am a big fan of hard-won experience.  There is no substitute for solving your own problems and becoming resourceful.  Handling adversity builds character and confidence.

I just keep looking at those young professionals and wanting them to know that I know how they feel, as they stand in their own dark rooms.  I want them to know someone is  there, ready to help if they ask. It's good that they will have to untangle things on their own. But they should know at least, there is somebody like me within earshot.