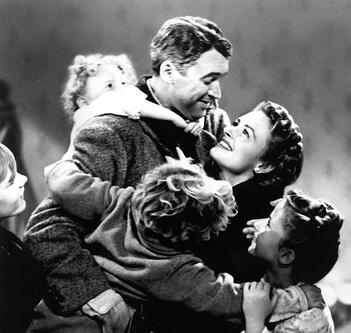 The Monsignor, in his 90's, doddered over to the front of the church, turning to face a small group in the first few pews. They were the wife and daughters, cousins, nieces, nephews and a couple of friends who were "like family" to Tom. We had assembled for a closing prayer after a wake punctuated by some hearty laughter and too many tears. Anticipating a brief ceremony, we had no expectation that any words might comfort us; no hope anything would salve the searing pain we felt after losing him to a long, brutal battle with cancer.

The wake was an extraordinary outpouring of love and respect for a man and his family. The guest book recorded 396 names. That wasn't even close to everyone who came. Tom wasn't famous by standard measures, but he was widely known to all in the community. He worked for nearly 40 years as a guidance counselor at the same high school where his wife taught home economics until they retired. She is the kind of person who gives kids lunch money or a ride to work after school.  He was that guy in the guidance office who believed everyone should be given a chance.  Not to mention, he was a walking encyclopedia on the ins and outs of college admissions. Tom never stopped to count the number of kids he guided. It must have been at least 7,000. In his spare time, he went to every one of his girls' games and recitals, and pursued his other passion, refereeing local football.

Our feet were killing us. The doors opened at 3:00 on a blistering cold Friday afternoon. Friends and neighbors, coworkers and extended family lined up all the way to the back of the church. The family had correctly guessed that no local funeral home would have the space to accommodate the crowds. People stood patiently in line in the sanctuary, speaking quietly, looking at the photos, waiting an hour and a half before passing by the casket to hug Joan and the girls. Visiting hours ended at 7:00 pm but it wasn't until 8:15 when the last family acquaintance shook our hands.

I can't count the number of times a person said something like, "Tom was my hero," or "He got my son into Cornell," or, "He made me believe I was college material."  "We worked side by side for 25 years." "I've never known a finer man." And the referees! You could spot them from afar. Strapping guys' guys who walked confidently, sporting broad shoulders and contagious smiles. What a fraternity.  So many showed up that they started joking they could have held their annual upstate New York referee association meeting right there.

Now, with our small band assembled in the front three pews, the rush over, the place quiet, we were thinking more about getting some sleep and steeling ourselves for the next day's funeral, which promised to be hard.

The Monsignor smiled gently and began. His body was frail, but his voice was strong. "I am reminded tonight of something the English poet Charles Lamb once said about good deeds. 'The greatest pleasure I know is to do a good action by stealth and to have it found out by accident.'"  The corners of his mouth turned upward ever-so slightly, his eyes twinkling, his tone almost mischievous.  "What has happened tonight is that Tom has allowed you to discover by accident his many good deeds."

We laughed.  We knew.

My husband's only brother had often been called George by his wife.  As in, George Bailey, from the movie "It's a Wonderful Life." He was the richest man in town in all the ways that you count, at times like these. He and Joan had a circle of friends, other couples, and their kids, whom they referred to as "the extended family." Christmas photos through the years chronicled the passing of time with taller and taller children, and grayer hair. Tom was always quick with a one liner. Never failed to ask how you were doing.  A fiercely devoted father, he raised two gorgeous, loving girls. In retirement, every single morning, he met his pals at the Panera restaurant down the street to tell stories and talk sports. All in all, he touched more people in a real way than most of us will ever hope to.

During the quiet of an airplane ride, I had a chance to reflect.  What could I take from this? What sense could we make of the loss of a great guy who left us too soon?

And it hit me.

I've been reading some books on productivity.  These prompted me to think that I need to become more "ruthless" with my time, more selfish about my calendar. I'm confessing it because I am certain that most people I know wrestle with it. People come along in your life in need of...something...from you.  Help making a connection; getting a book published; a speech critiqued; advice about a boss or board of directors; finding a job. I am ashamed to say that the strong desire for greater productivity and better calendar management was making me think all this stuff was distracting me from business.

I was missing the point.

This is my business.  It is the business of...a wonderful life.

In Tom's last days, he could do nothing for himself. His wife and daughters, and my husband, took up the burden of caring for his body and spirit. There were friends that stopped by almost daily; cousins that took long drives on weekends to stand witness. Tom gave all the opportunity to do their stealthy good deeds. As a result, in his final days, all experienced the gift of giving back.  It is the work of our lives and as Tom showed us, someday, accidentally, our good deeds will be discovered.

3 Pieces of Advice from a Board Member to the CEO