My son's violin teacher recently posted this challenge on Facebook:

I immediately thought I had the answer: 34. I, like many of the people responding, took the sum of each equation and added it to the equation just below to fill in the blank. Another large contingent guessed 45, getting there by using multiplication. It turned out that we were all wrong.

Both answers can be considered to be correct if the challenge is to fill in the blank. The problem was that was not the challenge. The challenge quite clearly and simply asks the solver to "find the correct result." So this is a not really a challenge of math. It is one of reading comprehension. The answer is “1 + 4 = 5” because it is the only equation that has the correct result. It was so easy to jump to the wrong conclusion and charge ahead with the solution.

This had me thinking about all the ways in business and in life that we do this same thing, jump to conclusions and miss the real problem, often with disastrous results.

The road to disaster is paved with the wrong problem
There are some classic business stories on this topic. Kodak and Blockbuster are two of these. The problem Blockbuster was trying to solve was around its stores – how to get more stores and get more sales and profit from each store. They famously turned down an offer to buy Netflix for $50M. Any guess what that investment would have yielded? As I am writing this, Netflix market capitalization is nearly $235B.

It was a similar situation at Kodak, which invented digital photography and had one of the world’s first online photo sharing platforms. During the early 2000s, digital photography was overtaking traditional photography. In this same time frame the problem that Kodak focused on was how to drive the printing of more photos, completely missing that digital photography and online sharing was becoming the business. In 2011 Kodak filed for Chapter 11 protection and turned its focus to commercial digital imaging.

Getting blinded by your own stories
This tendency to ignore or discount information that does not fit our way of thinking was perhaps first talked about by Chris Argyris. He called it the “Ladder of Inference.” The basic idea is that people, teams and even organizations get rooted in a way of thinking and operating that blinds them to any data or information that would contradict their long-held beliefs and experiences.

I witnessed this tendency play out with a senior leader I worked with recently. This SVP level business unit leader has had 2 new bosses in a short time due to a reorganization. One result is that this leader now works for someone who used to be a peer. This leader is doing the same work, for the same pay, with the same title, and she, like many of us might, considers this to be a “demotion.”

This has become the dominant story that she has made up and from which she is operating. She has built this into an even bigger and negative story with the headline, “they are trying to get rid of me.” This has translated into some unproductive behaviors – not least of which has been the spreading of this narrative to others and undermining her team’s faith in her and the company. This has also led her to hold back on big ideas for her business unit and the enterprise, because “they have no chance of being adopted given that they don’t see my value.” In general, she is less effective. By the time I was brought in to coach her, it looked very much like a self-fulfilling prophecy.

By contrast, in talking to her colleagues, almost everything I heard about this leader was positive. “She is a master at her trade,” “she is passionate about her work and the company,” “she cares about her direct reports and their development,” “she is a team player.” The list of strengths went on and on. The only opportunities for improvement involved the leader’s response to the structural changes and a general sense that she was depressed and demoralized.

This came to a head during one meeting we had together where she reported that she would be getting more resources and more responsibility—a goal she had long sought. She shared this information with a somber tone, which surprised me, since this issue of not having enough resources had been one of her key bits of evidence for the “they want to get rid of me” narrative. I called her on this contradiction, and we spent some time working through this inconsistency between her story of the problem she was facing, and the now readily apparent truth—that she was on the verge of undermining her own leadership, and potentially taking her team with her, for a nonexistent reason.

Five ways to avoid the “wrong problem” problem
Fortunately, we had caught the “wrong problem” problem before this leader had done herself irreparable harm, and once she was able to see the truth more clearly, she rapidly reverted to her old self and was able to refocus her team as well. We went on to take the opportunity to work together to lead her team to change the way they view problem solving as a team skill, to avoid the same trap and get to better results, faster.

Building on the practices we worked on together, here are 5 things to do as a leader, and with your team, to avoid chasing after the wrong problem.

1. Slow down, especially if the stakes are high.

Check your action bias and make it a practice to slow down and take steps to consider how well you understand the situation, and what might be going on, before jumping to the diagnosis of the problem.

2. Develop a list of alternative definitions of the problem you are trying to solve.

A great way to start doing that is to consider the different definitions that might apply to your problem. Do this yourself and encourage your team to implement this as an exercise.

Another useful practice is to systematically seek out a range of opinions about the problem, to help generate a range of alternatives. Gathering the views of those who see the world differently will guarantee new thinking. During team meetings, make it a practice to go around the table to seek all views, and potentially invite stakeholders outside of your team to weigh in as well.

4. Identify a “devil’s advocate” to challenge assumptions and potential solutions.

A great technique for making sure you are thinking broadly enough is to formally identify a “devil’s advocate,” someone to play the role of challenging your view of the problem. It can be a trusted colleague, or an external advisor. This is also a valuable team meeting tool – make sure to rotate the role to make it an effective part of the team culture.

5. Consider looking at your problem with the “eyes of a child” or what Buddhists call “beginner’s mind.”

This practice of having an attitude of openness, eagerness, and lack of preconceptions when studying a problem, just as a beginner would, can help you step back from the moment to consider the problem in a new way.

The next time you are telling yourself a story about a problem you are solving—or your team is hashing through with you—make sure to take a step back to see if you have it right.

By the way – if you want to have some more fun with this topic I invite you to experience the Colour Changing Card Trick. Have fun! 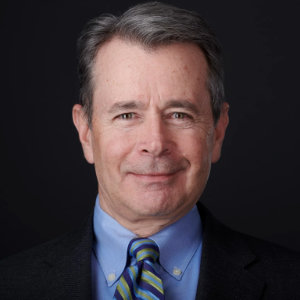 Kevin is a seasoned leader with over 30 years of experience in the human capital space. He has coached hundreds of executives, worked with executive teams to gain greater alignment and productivity and has designed and implemented award-winning leadership learning processes and organization change initiatives. Kevin has worked across most major industries around the globe and brings significant experience with due diligence and mergers and acquisitions (M&A). Kevin is a certified Bates ExPI™ feedback provider. The Bates ExPI (Bates Executive Presence Index™) is the first and only research-based, scientifically validated assessment to measure executive presence.