Companies today are being buffeted by gale-force winds of disruption.  Coming from every direction, the scope, scale, and pace of change are almost beyond our comprehension, much less our ability to adapt.  Companies must be constant shapeshifters if they hope to survive and succeed against an ever-changing set of competitors.

The human beings inside those companies are being buffeted too.  They’re being asked to deliver differentiating performance against a backdrop of acquisitions, divestitures, leadership changes, strategic shifts, cost constraints, new technologies, and 24/7 connectivity.  It takes a lot of mental and physical stamina to deliver exceptional results under the best of circumstances.  In this whirling environment, how can leaders help their people (and themselves) stay focused, engaged, and energized?  Here’s one suggestion:  try predictability.

Predictability often gets a bad rap for being boring and staid, but it can actually build trust and calm.  As famously depicted in Maslow’s hierarchy of needs, when our basic needs for safety and security are met, we’re able to focus on higher level activities.  Leaders may not be able to control the gale-force winds howling outside the company, but they can create a refuge from the storm inside the company by behaving in predictable ways.

There are a few things leaders can do to create that refuge—and in whose absence, angst, frustration, and mistrust grow.

Do what you said you would.  Before my consulting days, I had a colleague who constantly re-scheduled his meetings.  His team and his peers would joke that they could always count on having extra time to get their work done because he would inevitably cancel meetings that he had scheduled, and of course he’d cancel them at the last moment.   Or he would re-schedule and re-schedule until the topic became irrelevant or the discussion was more a “check the box” exercise than a dialogue.  His behavior made people feel like they didn’t matter, and that he viewed his time and priorities as more important than everyone else’s.  The cynicism about his meetings in particular leaked into people’s cynicism about him in general, and he didn’t last.

In our model of executive presence, we call this integrity, which is defined as both moral integrity AND behavioral integrity.  People who can’t be counted on, even in small ways, eventually are perceived as lacking integrity, and therefore, aren’t trusted.

A meeting that you schedule is a commitment of time—everyone’s most precious resource.  If you have to cancel or reschedule your meeting, make sure it’s for a good reason and that people understand why.

Keep your game face on.  People have very long memories when it comes to emotional extremes.  If you’re the patient in an emergency room, you definitely don’t want the doctor who’s angry and shouting at the nurses, or who appears frazzled and overwhelmed, or even who’s so overly excited and perky that you wonder if they understand the gravity of the situation.  The same holds true at work.

One client I worked with was stressed and overwhelmed by a significant increase in his responsibilities.  He rushed from meeting to meeting, often showed up late, busily answered emails and texts during meetings, made hurried comments or didn’t give people enough information about what he needed, and frequently, he lost his temper.  Needless to say, this shut down his team, who tiptoed around him, and his peers avoided collaborating with him.  His stress affected him and everyone around him, and ultimately, his ability to drive execution.

Two areas we worked on were restraint and composure, the ability to manage your own emotions and to “lower the temperature in the room” for others, so that during a crisis, people can stay focused on priorities.  He became aware of his triggers and prepared ahead of time with coping mechanisms he could turn to in trigger situations.  He adopted some time management techniques like blocking prep time before high-stakes meetings, delegating more to his team, and regularly looking ahead at his calendar so he wasn’t caught by surprise.  He also paid more attention to how his demeanor affected others, asking non-confrontational questions and pausing before responding.

Over time, as his behavior became more measured and predictable, he saw his team and peers become more engaged.  They were more willing to share information proactively, to take ownership of results, and to have more personal conversations.  As execution and productivity improved, he became less stressed and felt more confident in his own leadership.

Create consistent, sustainable forums for two-way communication. Leaders know they need to communicate.  Where they go wrong is thinking that ad hoc, transaction-based communication counts as Communication.  Information is the currency of trust in an organization.  When people feel a lack of fairness and predictability in how and when information is shared, they make their own assumptions and act accordingly.

As an example, one executive we worked with didn’t have regular 1:1’s with her team.  She talked to her team members constantly, but the conversations were always about specific issues.  The only scheduled time she had with her direct reports was for company mandated mid-year and end-of-year performance reviews.  What she didn’t realize was that her team noticed how much time she spent with some team members versus others.  In her mind, she was interacting with  whoever on her team she needed to get the work done.  Her team read it as playing favorites—some people (the inner circle) interacted with her a lot, some not that often.  Scheduling (and keeping) regular 1:1’s gave everyone confidence that they would have a forum with her that they could count on—where they could ask questions and have more meaningful conversations.

We also took a look at the communication she had with her entire organization.  She communicated only sporadically with most, and some not at all.  We created a calendar with regular communication forums like town halls and small-group roundtables, scheduling them on a predictable cadence and when they wouldn’t conflict with busiest times of her year.  We also made sure that each forum left the most amount of time for dialog, not simply reporting out.

A year later, her engagement scores had risen more than any other teams and she was achieving all her KPIs despite some organizational changes and reductions.

The executive presence quality of interactivity—defined as promoting a regular and timely interpersonal style of two-way dialog—inspires trust because people not only know that they’ll be informed, they know when they’ll be informed and by whom.

In today’s tumultuous business environment, leaders must create a refuge of calm for their teams.  Behaving and communicating in predictable ways enables people to get out of “fight or flight” mode, focus, and use their energy for the work that matters.

To learn more about our executive presence model, and developing the facets of integrity, restraint, composure and interactivity, and more, read this post. 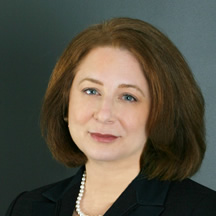 Margery Myers is a Bates Executive Coach and Principal who helps leaders drive business performance by increasing their influence and engaging their stakeholders. Margery has an extensive list of clients at companies across the Fortune 500, where she helps executives lead through transformational change, enables leadership teams to align around a common strategy, and develops leaders to transition to executive roles and represent the organization to important stakeholders. Prior to joining Bates, she was Senior Vice President of Communications for Dunkin’ Brands, the parent company to Dunkin’ Donuts and Baskin-Robbins. Earlier, she was head of communications at Talbots. In these roles, she built and led high-performing communications organizations that expanded the companies’ brand awareness, drove employee engagement, and positioned them as industry leaders. She has played key roles in acquisitions and divestitures, brand launches, global expansion, crisis mitigation as well as regular reporting of financial results.