By Jacqueline Brodnitzki
To be an impactful senior leader, you need to build trust, establish credibility, and be able to mobilize teams. Sounds easy, but it’s not. It’s not just about making a business case and expecting teams to do what needs to be done. It requires honing a number of specifically developed skills to embody the executive presence of a leader who can make a real difference.

“Tom,” a leader within a Fortune 50 technology company, was challenged with some big concerns at work. One of his newly inherited departments had been significantly downsized. Those left in the organization were severely overworked and afraid they’d lose their jobs. They were spinning their wheels due to the pressure and creating waves throughout the organization.

Tom was under other pressures— his boss was pushing him to meet a very challenging revenue goal, and Tom needed another team to make significant progress on three large projects. Because of his tendency to be hot headed, especially under pressure, he often came away from internal and external conversations regretting things he said.

Tom wasn’t hitting the mark with his communication style.  As a result, his style stifled creativity, caused fear, and slowed issue resolution. Tom cared deeply about his organization; he felt personally responsible for each person’s success. However, his actions didn’t reflect his concern. His staff didn’t feel much of a connection to him.

He needed to develop resonance quickly within his teams and across the organization. Once Tom saw how the pressures were showing up in his communication style, and how this was affecting his organization, he became determined to make changes.

Within six months, his organization’s creativity skyrocketed. They won company-wide recognition for innovative ideas. They began to solve issues faster and form stronger relationships internally and externally. They successfully brought the projects to fruition, and Tom came very close to hitting his aggressive revenue target.

Most important to Tom, he became a leader who inspired both the hearts and minds of those who work for him.

What are some lessons we can all learn from Tom’s experience?

Tom paused and reflected on what was being said before responding. He verbalized what he heard to check his understanding. He found he could grasp a better understanding of the other person’s feelings and intent. When you take these steps, your positive intent comes through and others feel safe to correct any misperceptions you may have.

Tom noticed when he wasn’t fully present and actively listening, learning from each experience. He asked his trusted advisors to let him know when they felt he wasn’t listening. Through repeated practice, you can drive greater understanding and alignment, helping your team work in concert as a more cohesive group.

When you slow down enough to invest time and energy in building resonance with the people you need to influence, you reap a dual benefit: You can liberate yourself from a great deal of micromanaging because there is a much freer two-way flow of communication, and, like Tom, your team will thrive because they have a new sense of ownership and engagement with the team’s direction, goals, and accomplishments.

It’s all about engagement: Once you’re more tuned in to the hearts and minds of those you need to influence, you’ll find others start changing their tune. 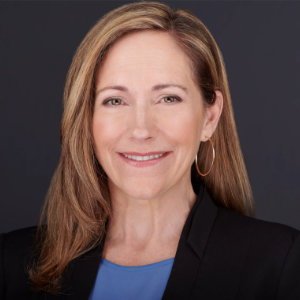 Jacqueline Brodnitzki is Consultant and Executive Coach and Director of Leadership Coaching. She partners with corporate executives to accelerate performance and drive business execution. Jacqueline helps senior leaders elevate their executive presence and inspire and engage their important stakeholders. Prior to joining Bates, Jacqueline was the President of Conscious Success, offering executive coaching and consulting, and spent fifteen years in corporate and management roles with Hewitt and New York Life Retirement Plan Services. She is the author of Conscious Success: The 5 Step Process to Dissolve Stress, Increase Productivity and Find Your Flow At Work, a guest blogger for organizations such as the Center for Coaching Certification, and was the host of a regular radio show called “She’s Got It” where female executives shared their top leadership tips and stories.