The Constellation of Presence: Appreciating What Makes Leaders Shine

In fourth grade, I met one of the most influential people in my life thus far, a leader who shaped my character and helped me become the adult that I am today. It was my soccer coach – Mr. Maccini.

Mr. Maccini was one of those guys who had a very large presence. He had a deep raspy voice, and he wasn’t afraid to yell. The word restraint wasn’t in his vocabulary; he wore his emotions on his sleeve. Whether it was a crisp autumn day or a drenching downpour, he would practice right alongside the team, showing us how to do every drill and technique. Laughing with us, sweating with us, and struggling with us, he always showed us the way.

When game day arrived, he would tell us if we messed up on the field. He didn’t hold anything back. When he was mad or disappointed, he didn’t sugarcoat it. His face would turn red, and he would shout to us on the field, pointing out our mistakes and correcting the course. That said, he also was the first to hug us or pat us on the back when we did something right or  made an awesome play. You could see how proud he was every time. His passion and his concern for the team’s success was unmistakable. He pushed us to be our best selves, season after season.

Over the last year or so at Bates, we’ve been talking a lot about executive presence and leadership style. Our new assessment for executive presence, the ExPI, highlights 15 crucial facets of leadership presence — all important to influencing and driving results. As we’ve discussed examples of leaders who exhibit each of these facets, I often harken back to memories of Mr. Maccini. What was exceptional about his leadership style above all else was his authenticity and concern. He was real, genuine, and transparent in all of our interactions with him, and as a result we trusted him. Even when it was tough to hear, we took his feedback and got better as a result.

What makes leaders like Mr. Maccini not only great, but unique? Around here we refer to it as a leader’s “constellation”, or the combination of facet strengths and areas for development. While Mr. Maccini was low on the facet restraint, unafraid to show his emotions and reactions to any situation, his authentic style and tremendous amount of concern made him an incredibly effective leader. He also was high on the facet intentionality, which refers to a leader’s ability to sustain a teams’ focus, creating clarity and making course corrections when necessary.  He rallied the troops and allowed every one of us to reach our potential. His combination of strengths in each of these areas is what made him special. None of these skills on their own would have made for exceptional leadership, but together his complementary strengths formed a remarkable constellation of influence.

Our final season together as a team, we made it all the way to the championship in our travel division. Though I went on to play sports in high school, this accomplishment remains one of my proudest moments in athletics. Mr. Maccini’s leadership strengths brought out our strengths as a team. We were a more effective team thanks to him. Leadership isn’t about being perfect. Great leaders inspire us by embracing their imperfections and leveraging their strengths.  As a result, they inspire us to do the same.

When you can identify each star in a leader’s constellation, you’ll really understand what makes them shine. 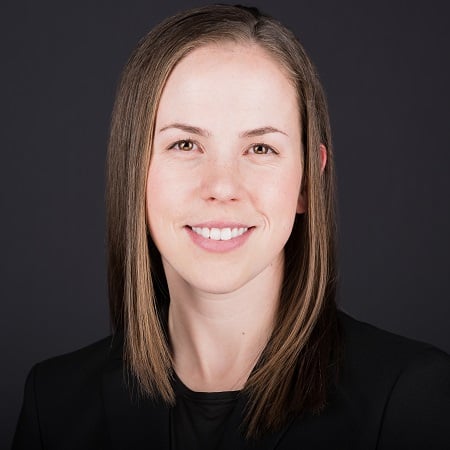 How Can Leaders Respond Now? 5 Ways to Get Back to Basics!

Future-Proofing Your Company is a Team Sport