What’s Wrong with Innovation Leadership? Not Thinking INSIDE the Box

You may recall the now famous story about how Steve Jobs turned failing Apple around when he reclaimed the CEO title in 1996, after having been ousted 11 years earlier by the Board.

As biographer Walter Isaacson tells it, when he returned, Jobs spent days trying to understand the dozens of different computers the company was currently producing.  Believing that if he couldn’t make sense of it all that consumers couldn’t either, he pulled the leadership team together in a conference room and drew a four-square grid on the whiteboard.  It looked something like this: 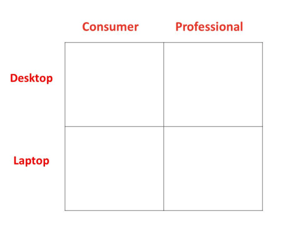 Jobs boldly announced that Apple would build only one "insanely great" product in each category—just four computers total. His stunned leadership team thought it was a recipe for failure.  This would undo years of work toward diversifying broadly into multiple product categories in Jobs' absence.

The opposite happened.  Apple began work that culminated in the iMac and iBook in the Consumer category while filling the other two squares with the Power Macintosh and the PowerBook.  Within two years, Apple returned to profitability, thus launching an era of unparalleled innovation.

While it seems counterintuitive, Jobs actually fostered creativity and innovation by creating structure and limitations. Why? These narrow parameters clarified the future state for the company and created relentless focus.  That’s the key to effective innovation leadership. Literally and figuratively, Jobs forced his team to think inside the box.

Stefan Thomke, Professor at Harvard Business School and a leading authority on the management of innovation, and I recently chatted about this phenomenon at Apple.   As he references in his research, (https://www.alumni.hbs.edu/stories/Pages/story-bulletin.aspx?num=860), “innovation and process within a firm can coexist and even feed off each other, if you manage their different and sometimes opposing functions smartly”.

The misconception of greenfield as innovation requisite

When attempting to drive innovation, many leaders make the same mistake:  They throw a problem on the board and ask for innovative ideas. With a blank canvas and no limits, they expect that people will experience the freedom needed to innovate. The opposite is true.

Take the example of the global manufacturer that was losing market share. In an effort to create a more innovative culture, they hired IBM to build online "Innovation Jams" underwritten by the executive team. Ideas were flying, but little was executed. Every initiation became "flavor of the month," and employees began to lose interest. Or the global technology company whose legions of engineering teams were encouraged to “develop and defend” new solutions throughout pockets of the company. The upshot was products that became redundant and undifferentiated in the marketplace, and as the economy tightened, each team fought to get the minimum amount of investment they needed to build out their ideas. Costs spiraled, programs were cut and engagement dropped.

Innovation rarely emerges from a blank canvas. Our research proves out that innovation happens when leaders focus their teams on a unifying big idea while providing structure, resources and the right team culture to create solutions.  Structure releases employees from anxiety, uncertainty, confusion and lack of focus, and enables them to direct their energies toward collaboration, inspiration, and execution.

To get there, true innovation leaders must clearly articulate the future state they are driving toward, clarifying the roadmap to get there, and then relentlessly focusing the organization on creative execution. In the process, the leader must facilitate constructive conflict and cultivate a process that includes both dreamers as well as challengers. Conversely, leaders who believe innovation falls to only them, and impose structure and directives without allowing their teams the freedom to innovate solutions, squelch future opportunity.

Six tips to create the right environment for innovation

The art of innovation leadership is in striking a balance between the forced march of an imposed execution plan and scaffolding a team to unleash their collective wisdom to arrive at a better result. To build a culture of innovation on your team, remember these six tips:

The more you clarify and simplify the future and define the path forward, the more freedom your team will have to create solutions you never dreamt of. All you need is the boldness to do it.

If you are interested in reading more about leadership and innovation, read about what we’ve learned from our research using our ExPITM data to determine which qualities and behaviors of leadership positively correlate with driving innovation. 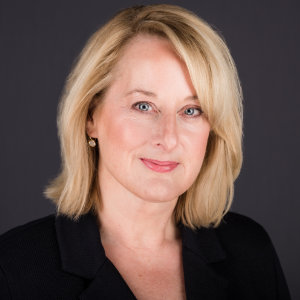 3 Signs You’re in a Leadership Rut