Some of the teams I work with report to a boring leader, and it’s a problem. As someone who works with leadership teams, it’s easy to spot when this is happening because the clues are usually obvious. During meetings, the team is multi-tasking, they are checked out, and they’re often quiet, only offering thoughts when called upon by the leader to do so. Not surprisingly, the team retains little, to anything, that was discussed in the meeting, which often results in – you guessed it – more boring meetings and discussions on the very same topic.

Being boring isn’t just a benign idea or an interesting notion. It’s a behavior that presents serious consequences for leaders and teams because the negative impact on productivity and execution is real and here’s why: Boring leaders beget underperforming teams. When a team is led by a boring leader, it’s almost a guarantee that you see a team focused more on compliance and getting the work done, versus real engagement and energy to work together in an above-and-beyond way.   That may be because boring leaders often are the last ones to see this behavior in themselves, and consequently, they don’t recognize how their behavior is doing their teams a major disservice – a boring leadership style never brings out the best in others.

What does it mean to be a boring leader? The answer may surprise you.

Most of us can be a little bit boring

It’s easy to hear the word boring and think that it applies to someone else.  Personally, I hate the idea of others thinking I’m boring, but here’s the thing. The opposite of boring isn’t being charismatic, energizing, or rah-rah. That’s why it’s easy to think this concept applies to anyone besides us, because it conjures up an image of someone droning on about a dry topic in a monotone voice.

In the context of the workplace, boring leadership often takes on a different look, staring with a lack of awareness about the audience. When a leader is seen as boring, it’s often because they assume that what matters to them matters equally as much to others. We know that in practice, it just doesn’t work that way. This lack of awareness creates a dynamic where you’ll see the boring leader doing more talking than listening, asking few questions, reading slides or reporting out information, and then wondering why the audience is so quiet or unresponsive in the meeting.

The opposite of boring isn’t charisma, it’s curiosity

Here is a very cynical - and effective - place to start if you want to break the habit of being boring. Assume your audiences do not care. Even iif it is the board, your investors, your CEO, even if you’re talking about a matter of great importance. When you start from that cynical point of view, it forces you to ask yourself better questions and get deeply curious about your audiences. For example, rather than assume your board cares about how you’ve evolved your customer value proposition, you might ask yourself:  If they don’t care about this, what do they care about?  Is there any connection between our evolving customer value proposition and that issue? You might also wonder: Why am I assuming they would automatically see the value in this idea? Is it obvious why this is a good idea to others?  You could even ask yourself: If I imagine I am one of my board members, would I remember or understand why we decided to focus on our customer value proposition in the first place? Audiences will only care once they understand the value in your ideas and how that value applies to them. When we’re boring, we simply forget to connect those dots for the audience.

If you want to stop being boring, stop talking about boring things

Several years ago, I was invited to attend a meeting run by a Chief Audit Officer on reporting and I’ll be the first to admit that I was not chomping at the bit to attend what I anticipated would be a major snoozefest. (To all my beloved Chief Audit readers, forgive my ignorance.) Imagine my surprise when this meeting turned out to be one the best I’ve ever attended. What made the discussion so energizing was the leader himself, who had called the meeting together because of legislative changes requiring a major shift in reporting across the company. It would have been easy for the leader to focus on the challenges of making these changes, how tough it would be for the team, the difficulties ahead in managing workload.

To be clear, those challenges were very real, and the leader did address them, knowing that these were valid concerns on the minds of his employees. But he also focused on the future, painting a very powerful picture of what life would feel like once this project was behind the team. He engaged them in the vision of what it could feel like in six months, when the project was completed.  As he led the team in discussion, it was interesting to observe the team’s reaction. They went from panicking about the changes to seeing this effort as something that could make them better as an audit team. They began thinking about how the reporting changes would be a short-term hassle, but in the long run, it would help them finally break free from creating hundreds of low-value reports they dreaded generating in the past.

How to shift the balance

It’s easy to talk about what is difficult, tough, or challenging, but the problem is, it’s boring, it motivates absolutely nobody, and it keeps us stuck. After a while, it just gets boring to talk about the workload, the lack of resources, how busy we are, how tough our market is, the challenging quarter we just got through, and so on. What’s crazy is how often we do this inside companies, and it’s incredibly counterproductive, because in most cases, the conversation never really evolves beyond how tough things are. Start to pay attention to whether this a pattern you fall into, and simply shift the balance, so that you’re also talking about solutions, about the future, or about what we can control to influence a different outcome instead.

Being boring isn’t a personality defect; it’s something that can happen to the best of us, and the good news is that with simple behavior changes, we can improve in this area quickly. To start, ask yourself questions like:  Do others really engage in my meetings? Do I find myself talking mostly about challenges and how tough things are? Do people describe me as inspiring? Do I do enough listening and asking questions? Become curious about your responses and consider where you can put a few simple changes into place. It’s worth the effort, because when we can do more to inspire and engage others, we inspire and energize ourselves, too. 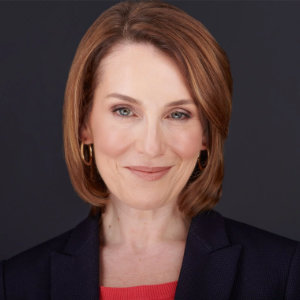 Elizabeth Freedman, MBA, CSP, is and Executive Advisor and Consultant at BTS Boston who advises C-level leaders and teams to strengthen business performance through outstanding leadership. Elizabeth works with some of the most recognized companies in the world and is valued for her ability to develop trusted partnerships with senior leaders who want practical, concrete strategies that help them accelerate results, grow their people, and enhance their ability to influence and make a positive difference in the world. Elizabeth specializes in working with C-level executives and teams who are leading enterprise-wide initiatives focused on change, growth, and transformation. Through coaching, consulting and facilitation, her work supports leaders who want to foster environments where strong collaboration, alignment, and shared accountability are the norm. Her work includes a deep assessment of individual and team performance to create a strong approach that is grounded in data and integrates the needs of key stakeholders into the process, including the Board, executive team, employees, customers, and peers.