Why Speed is Overrated to Lead a Post-acquisition Culture Transformation

For a CEO, one of the highest stakes, highest pressure situations is delivering on the promise of an acquisition at the speed and level of value avidly anticipated by the Board and the shareholders. The temptation for most action-biased CEOs is to push hard to bring the two cultures and companies together as quickly as possible, so they can realize the strategic goals of the acquisition sooner.

In this situation, slowing down when it comes to culture and buy in, can get you to bottom line results much faster. It also lays the groundwork for a more sustainable foundation for the future of leadership. It’s a classic exercise in culture change transformation, but an easy approach to overlook. And the more complicated the level of culture change, the more critical it is to build the new organization from the base up.

So much culture change, so little time

Take the story of a CEO we worked with. His traditional, 80+ year old European manufacturing company was a major player in their mid-market category. They were growing rapidly, and they sought to evolve their brand from mid-market dominance to higher end player. Their culture was rooted in volume, efficiency, quality and scalable process, and their rigorous, structured approach to manufacturing had driven their market excellence.

To achieve the competitive shift, the Board supported the acquisition of a bespoke, high-end manufacturer based in another continent with an equally storied history but a very different culture. Their processes were focused on personal touch and a priority of output quality over volume. Automation was a far-off future state. The company had been struggling for some time to modernize, maintain let alone increase production levels, and turn a profit.

The acquisition was a turning point. The new post-merger entity with an integrated leadership team was responsible for delivering on an aggressive revenue turnaround and production increase so that they could reap the fruits of the acquisition. They needed to create a new combined culture, a shift made more complex by the dramatically different national and organizational cultural characteristics of the respective companies that created a shock on both sides when they were brought together.

Taking a thorough staged approach to building culture change from within

Given the significance, complexity, and leadership challenges of the culture change required, the CEO and the CHRO brought us in to advise the Board and the new executive leadership team while simultaneously supporting the push to execute the people strategy. The key to success was going to be providing the opportunity for both organizational cultures to be part of creating the new entity. Our approach included these key elements:

Bringing the strategy to life

To the delight of the Board and the company’s shareholders, the business was able to implement the automated assembly processes that had never previously existed in the acquired company. They went on to exceed their very aggressive 2-year production volume targets within the first year.

Another key element of the strategy was to create a solid integrated bench of future leaders to support the joint enterprise and offer executives from both companies the opportunity to learn from each other and from both brands. The cross fertilization was a big success, with revenue, process and quality targets exceeded.

On the cultural dimension, they were able to modify people processes to be tailored more closely to the newly structured organization and in doing so were able to work that into their core values to guide the new joint entity.

The CEO learned a lot from the process, much of which required him to go against his learned tendencies as a leader, including:

It’s possible to deliver on even the most complicated and challenging culture change – if you slow down to speed up and set the team up to bring about the change as a collective not a fragmented entity. 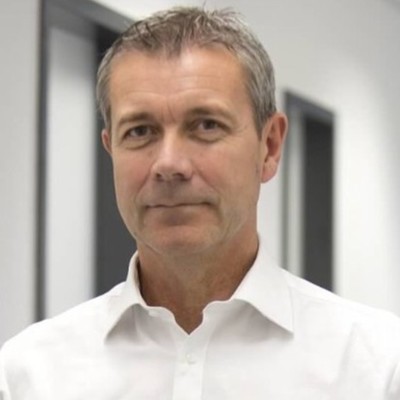 Anton Franckeiss is an Executive Advisor and Consultant with Bates, a BTS Company. Anton is a highly experienced leadership coach, consultant and business leader, who has worked at the senior levels in both in-house and external partnering consultancy roles.